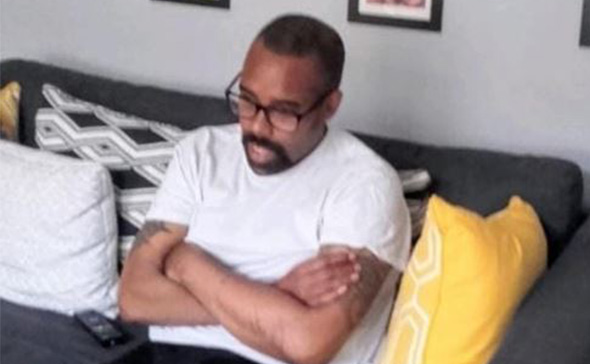 An inquest into the death of Rullson Warner has concluded by raising a number of criticisms over the care he received at St Ann’s Hospital, run by Barnet, Enfield and Haringey Mental Health Trust.

The 45-year-old from North London died of a heroin overdose on the 9th March 2020 – but the court heard evidence that not all observations were performed, the decision to reduce observations was made without the permission of a doctor, and there was a serious failure in recognising cardiac arrest.

Jurina Ikoloh, mother of Rullson Warner, commented: “The last two years have been incredibly difficult without Rullson, and the need to obtain justice for him has weighed heavily on my shoulders. I was shocked to hear some of the evidence that arose during the inquest, in particular, the fact that staff did not seek permission from a doctor before reducing Rullson’s observation levels, and the fact that none of his regular 15-minute observations were performed overnight, despite these being recorded in his records. I only hope that measures will be put in place to prevent such a tragedy from occurring again.”

Fosters’ Litigation Executive, Carl Rix added: “Rullson was admitted to St Ann’s as a place of safety. He was a vulnerable patient who needed to be protected. The fact that he was able to obtain illicit drugs on the ward despite his history demonstrates to the family that the preventative measures in place at the time were ineffective. It was a privilege to represent Rullson’s family in this case, who have shown tremendous courage throughout this period, not just with the aim of obtaining justice for Rullson, but also to ensure no other families are put through what they have been.”

Rullson sadly passed away on 9th March 2020 after collapsing, with the medical cause of death being heroin consumption with promethazine, zopiclone and clonazepam consumption. The inquest, which engaged Article 2 and summoned a jury, was held remotely at North London Coroner’s Court between 9th and 12th May 2022.

Rullson was admitted to St Ann’s Hospital in North London on 26th February 2020 after his mother raised concerns about his mental wellbeing. On admission a risk assessment was undertaken which included documenting previous incidents of Rullson accessing drugs on the ward. On 4th March 2020, Rullson was placed into seclusion following an incident with another patient, and his informal patient status changed and he was held under section 5(2) Mental Health Act. This was changed to section 2 on 6th March 2020.

At approximately 16:27, Rullson was sitting in the communal area and appeared to fall asleep or enter a state of unconsciousness. The jury found that it was possible Rullson took heroin at this point.

Rullson was asleep/unconscious for approximately 14 hours. During this time, CCTV footage suggested none of the recorded 15-minute observations took place and that Rullson was only properly observed once during this period.

Rullson awoke at around 06:42 the next morning. He got up, walked to the pool table and collapsed. The jury concluded that there was a really serious failure by staff to recognise that Rullson was in cardiac arrest and an approximately seven-minute delay in starting chest compressions. They further concluded that there were instances of intermittent breaks in the attempts to resuscitate Rullson and best practice was not followed at all times. Crucially, they found it was possible that had chest compressions started sooner, Rullson would not have died when he did.

On three occasions during Rullson’s time on the ward, his mother called and expressed her concerns to staff that Rullson may have the intention of accessing drugs. Despite this, it appears no clear plan was put in place to prevent this.

The inquest has received significant media coverage, including by The Independent.

Fosters will continue to represent the family in an ongoing civil claim.

Fosters has considerable experience in representing families at inquests across the country. If you have lost a loved one and would like to discuss the possibility of representation and how our team can help support your family – please contact us for a no-obligation chat on 01603 620508, or by email. More information is also available on our Inquests page.

This article was produced on the 24th May 2022 by our Medical Negligence & Inquests team for information purposes only and should not be construed or relied upon as specific legal advice.