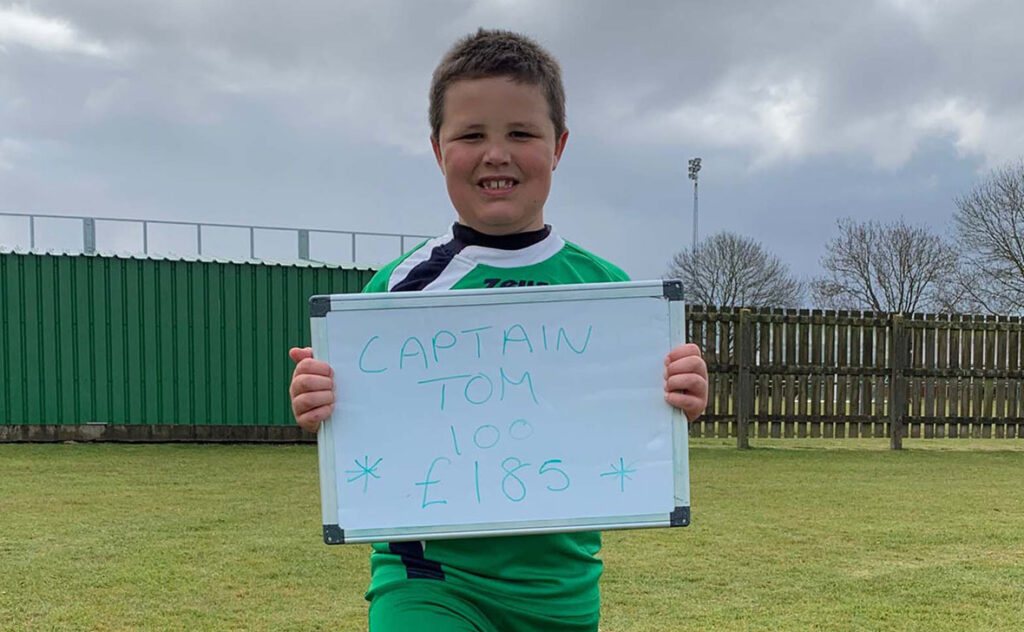 Oliver, 8, was selected as our hero for the Burnley fixture from nominations on the Canaries’ website sent in by fans.

Oliver’s dad and football coach, Adam Cruickshank, chose to put the young Canary fan forward because of his ever-positive attitude at Watton Junior Football Club and his eagerness to welcome others in.

“Every time we get a new player Oliver always goes out of his way to get them settled, doing some passing with them, speaking to them, getting them used to playing and he gradually builds them into the team.

“He sets a good example playing for our team, because he’s so encouraging and polite, even to the opposition. He plays with a smile on his face the whole time.

Oliver has been playing for his club for over three years and is following in the footsteps of his dad, who started his playing career there and has recently been elected as chairman of the club. Oliver was particularly proud to share his dad’s new role with us.

“My dad is my inspiration because he is a great coach and makes our football really fun. I love playing as part of the team here.

“It’s important to make the new starters feel welcome because it helps them settle into our team as sometimes it can be scary trying new things and I want them to enjoy football.”

At the end of the club’s season last year, Oliver was voted for as this season’s captain due to his infectious attitude, his hard work on and off the pitch and his ways of keeping morale high at the club.

Adam added, “If we could have an ounce of him in every child, it would be awesome. He’s just a lovely boy to have around the club.”

Oliver and his family will be attending the Burnley match at Carrow Road – we hope they enjoy the game!

Every month during the 2021-22 Premier League season, the club and Fosters choose a ‘Community Hero’ for a selected matchday, highlighting some wonderful people and good-causes in our community.

If you would like to nominate someone, please visit the Norwich City web page here.

This article was produced on the 7th April 2022 for information purposes only and should not be construed or relied upon as specific legal advice.