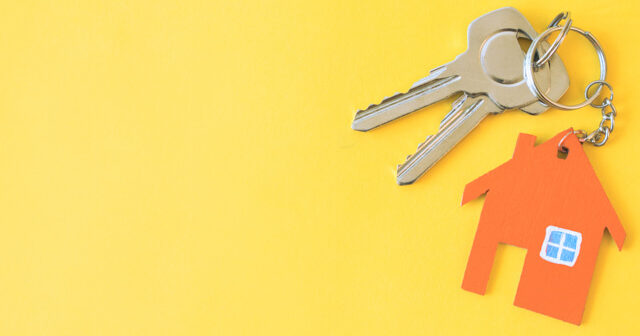 In an ever-changing modern world in which we seem to be increasingly concerned about personal safety, some measures people take in order to make them feel safe and secure can conflict with issues surrounding privacy. In some cases, there is a clear disparity between conduct that one party finds acceptable and which another can find invasive, or even harassing.

The recent Oxford County Court decision in the case of Fairhurst v Woodard, possibly the first reported decision in England and Wales about video doorbells and security cameras, a circuit judge (Her Honour Judge Melissa Clarke) found in favour of the claimant (Dr Fairhurst) who brought a claim for harassment, nuisance and breach of the General Data Protection Regulation (UK GDPR) and the Data Protection Act 2018 (DPA).

Dr Fairhurst argued that Mr. Woodard was invading her privacy by installing several motion sensor video and audio surveillance cameras in and about his property. The set-up included a video doorbell an extensive range that could pick up audio and video along the street, beyond the boundary of his title. Dr Fairhurst also made the point in court that the Defendant had repeatedly misled her in relation to the way in which his surveillance set-up operated and indeed the status of the cameras at one time or another. Mr. Woodard, by way of a defence, argued that he had simply installed cameras to protect his land and to act as a deterrent against would-be criminals that might threaten him and his property. The case is important because the judge decided in favour of Dr Fairhurst and allowed the claim to succeed on the basis of the harassment aspect. The claimant was entitling her to damages for distress.

The part of the claim that focused on the whole set-up amounting to a legal nuisance in that it caused a loss of privacy was however rejected by the court on the basis of the recent Court of Appeal decision in Fearn and Ors v Board of Trustees of the Tate Gallery from 2020, in which senior judges decided that there is no cause of action in private nuisance for overlooking.

The judge decided that Dr Fairhurst had been caused distress and a reasonable person would have known that the Defendant’s behaviour amounted to harassment. Under the Protection from Harassment Act 1997, the judge found that Mr. Woodard had indeed engaged in a course of conduct and that such course of conduct amounted in fact to harassment. The court also found that Mr. Woodard breached the DPA and GDPR (UK) by unlawfully processing Dr Fairhurst’s personal data and misleading her over the functionality of the devices used within his set-up. Owners of such devices must be open and transparent with their neighbours about the operation and scope of surveillance equipment.

This is of course a county court judgment and therefore it does not bind higher courts (i.e. the High Court, Court of Appeal and ultimately the Supreme Court). It is unclear at this stage whether or not the decision will be appealed, but the message at county court level for now is relatively clear, notably that those who install video cameras and/or audio surveillance at their properties must take care to avoid causing harassment to their neighbours.

Importantly, anyone who is using such equipment at their property, must think carefully about the range of the video and audio capture of the devices in use and make adjustments if necessary to avoid capturing images or audio recordings from beyond the boundary of the property in question. A failure to ensure surveillance is limited in this way might translate as invasive and ultimately harassing to adjacent landowners and other users, to the extent a court might impose sanctions. It might be worth considering whether audio is really necessary. Are you using too many cameras? Users might also do well to set out a clear written policy confirming what the point of their surveillance set-up really is, and to update it regularly so it maintains some meaning and purpose. We would recommend that owners check all camera angles of their visual equipment and carefully test the audio capture range, in all directions.

From a practical point of view, testing equipment to ensure instruments comply with the law might not always be straightforward so we might indeed see more cases like this one coming before judges. It will be interesting to see whether the case is appealed, and therefore what more senior judges might have to say on these settled issues at first instance.

Our Litigation & Dispute Resolution team are available to support you through a variety of disputes, including those relating to property.

This article was produced on the 20th July 2022 by our Litigation & Dispute Resolution team for information purposes only and should not be construed or relied upon as specific legal advice.

We use cookies on our website to give you the most relevant experience by remembering your preferences and repeat visits. By clicking “Accept”, you consent to the use of cookies.
Read more Accept
Manage consent