Skip to main content
Home / Insights / Should you be paid for standby periods?

Should you be paid for standby periods? 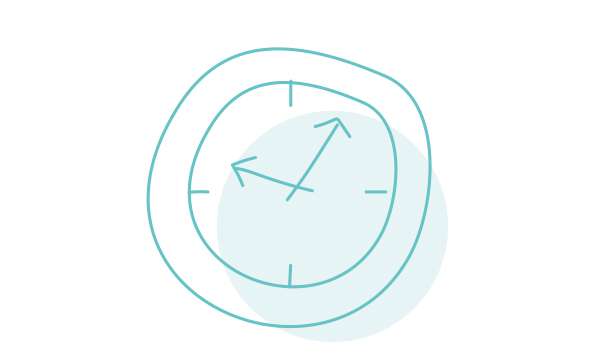 We are often asked by our clients whether standby time is to be considered part of an employee’s working time – for example if an employee is on call but not working. Here Zach Spelman, trainee solicitor in our Employment team, explores this area of law.

Standby time has been an anomaly within UK and EU employment law since the introduction of the Working Time Directive (2003/88/EC) (WTD). The WTD is implemented into UK law by the Working Time Regulations 1998 (WTR) and will remain in effect post-Brexit. Article 2 of the WTD states that:

These provisions have led to a period of confusion as to where the differential line is drawn between time spent on call/standby and genuine periods of rest that cannot be said to be working time. However, each case is based on its own facts but there has been helpful guidance to the UK courts and practitioners following the recent cases of the European Court of Justice (ECJ), which has clarified the qualifying criteria for when standby time should be classed as working time. In DJ v Radiotelevizija Slovenija and RJ v. Stadt Offenbach am Main where the ECJ set out the factors which should be taken into account when deciding if standby time should be counted as working time under the WTD.

It is important to note here that although the ECJ’s rulings no longer bind the UK now that the UK has left the EU, under the European Union (Withdrawal) Act 2018, courts and tribunals in the UK may still have regards for those decisions when making a determination on cases that are relevant. For that reason, the above two cases may be taken into consideration when determining the question of fact.

The first case above concerned a specialist technician who was responsible for operating television transmission centres located in the mountains of Slovenia. He had to be contactable and able to be on-site within one hour of a call when on standby. As he lived more than an hour away from the sites he covered, he could not spend his standby time at home and had to stay in on-site service accommodation during his standby hours, where he had very few opportunities for leisure activities.

The other case concerned a divisional commander and fire fighter who was based in the German city of Offenbach am Main. During his standby period, he had to be contactable and able to reach the town boundary of his place of work in uniform, and in his service vehicle within 20 minutes of a call. The required response time meant that he had little choice but to remain at home during any standby period.

Both workers claimed that, due to the restrictions imposed on them by their respective standby systems, such periods should be considered in their entirety as “working time” under the WTD and that they should therefore be remunerated accordingly, whether or not they had undertaken any specific work during those standby periods. The domestic courts in each case referred the question of interpretation of the WTD to the ECJ.

In both cases, the ECJ did not feel able to reach a conclusion and instead, provided guidance to the national courts on the factors to be taken into account when assessing time under the WTD.

A period of standby time must be regarded as working time in its entirety when the constraints imposed on the worker “objectively and very significantly” impact that worker’s ability to freely manage their time when their professional services are not directly required. In the absence of such constraints, only that time when actual work is performed must be classified as working time.

Only the constraints that are imposed on the worker by law, by a collective agreement or by the employer are relevant. Any difficulties that the standby time may cause for the worker that are the consequence of the natural factors or of his or her own free choice may not be taken into account.

This subject is a particularly interesting one with the potential that the WTR may be out of date and require some amendments if this is not achievable under UK case law.

Additionally the ECJ concluded that substantial distance between the residence freely chosen by the worker and the place they must reach within a certain time period is not in itself to be classed as working time. Consequently the fact that an employee has to remain at their workplace during a standby period, it not an automatic qualification for standby time to be working time.

From these cases it seems we have a somewhat, more definitive criteria as to when standby time may be considered working time. This would likely be when an employee is subject to constraints of such intensity that this affected, objectively tested, their ability to freely manage the time in which they undertook their professional services and were not free to pursue their leisurely interests because of the constraints imposed by the standby time. What is clear is that the location and the vicinity where work must be carried out is not a relevant factor to be taken into account when the employee is free to choose where they live outside of working hours.

Further, when assessing whether the constraints imposed on a worker during standby are such as to warrant classifying that period as working time, regard should be had to the time required to comply with their professional activities against the time they have to plan their personal and social activities. Each case will eventually turn on their own facts.

Cases involving working time disputes often turn on their own facts and we would advise employers and employees alike to seek legal advice if they are involved in such a dispute.

For more information on how our Employment team can help support you, please contact them on 01603 620508 or by email.

This article was produced on the 22nd June 2022 by our Employment team for information purposes only and should not be construed or relied upon as specific legal advice.